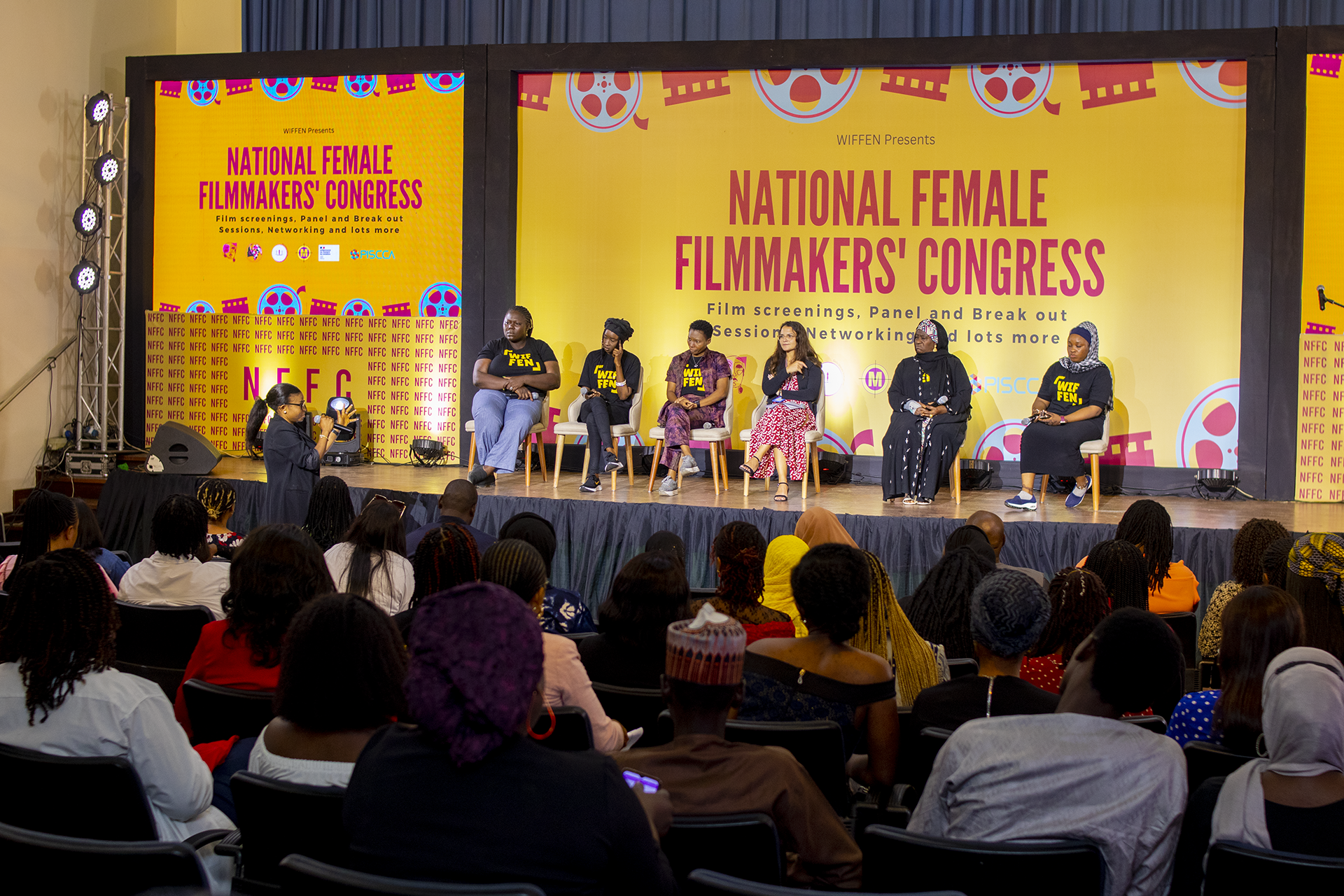 Girl Nation 2022 is the fourth installment of the Girl Nation Program which equally recorded a huge success with rich engagement and partnership with 10 filmmaking associations in Kano State and the Federal Capital Territory (FCT). In this edition of our signature social impact filmmaking program, we seek to empower 50 women from filmmaking associations and groups, building their capacity in technical filmmaking with training from scriptwriting through editing and also supporting the beneficiaries to produce short films on any girls’ and women’s rights issue of their choosing.

As with the previous three (3) installments, the Girl Nation Program is implemented with support from the French Embassy’s PISCCA Fund and Marksmen Productions. Our proud partners from the Filmmaking Associations, Guilds and Groups include:

At the end of the program, 54 women were impacted with 30 women in the Kano cohort and 24 women in the Abuja cohort.

The program opened with a networking event which brought together the representatives of leadership of all the partner filmmaking associations and groups. Also gathered we representatives from government, civil society and the media and the event introduced the Girl Nation program and presented the 2022 program and beneficiaries’ expectations. The event also hosted representatives of our Donors; the French Embassy’s PISCCA Director and our Lead Trainer from Marksmen Productions were also present to welcome the beneficiaries, declare the program open, and co-facilitate sessions at the networking event. There were networking sessions to foster prospective collaborations and strengthen networks with Memoranda of Understanding signed with the leadership of the partner Filmmaking Associations and Groups.

Next, the beneficiaries were thrust into an intensive filmmaking training include modules on scriptwriting, directing, acting and casting, color, sound, lighting, editing, crew roles and so much more. The training was conducted according to the global standard curriculum and included tests, practice sessions, and film screening and reviews.
After the intensive film training, the beneficiaries were put into groups and tasked with the pre-production plans for their short film production. Both Kano and Abuja cohorts were tasked with producing a short film each under 30 minutes as one of the outcomes of the program is to screen the films in local communities in Nigeria and entered in International Film Festivals around the world. In the production phase of the project, the beneficiaries had to brainstorm and agree on the girls’ or women’s rights issue(s) to highlight in their film, develop a script/screenplay of their film, plan their production, scout locations, cast actors, produce the films, screen the films and send same to International Film Festivals. The beneficiaries had to work hard to experience the practical implementation of the theoretical film training that they had experienced. And our team was on ground to support them throughout the production process. The short film productions in both locations had rewarding experiences for our team, for the beneficiaries and for the partners who joined us to work on the production in various capacities. In both locations, the productions allowed the ladies to work with actors, including actors in the professional Kannywood and Nollywood industry. More importantly, the stories were both inspirational to produce. And we are excited to share these projects with the world.

Miss Binary, the short film by the Kano cohort, tells the story of a young northern woman who is inspired to enter a coding competition to innovate a tech solution to address polio in her community, but she must overcome several obstacles to complete the competition.

The Burial of All Women, the short film of the Abuja cohort, tells the story of women in a mental health institution who unite their voices and action to challenge the perpetrator of sexual abuse who abused the duty of care placed on him. The women must rise above the obstacles he puts in place to protect himself and ensure he does not escape prosecution.

To mark the 2022 International Day of the Girl (and the 2022 International Mental Health Day which connects to the film of the Abuja cohort), the premier screening of the Girl Nation 2022 holds in Abuja as part of the National Female Filmmakers Congress, the premier event to provide a safe space for female filmmakers to convene, network and strategize to foster improved quality of storytelling, production, and strengthened access to opportunities for women in film in Nigeria. With the exciting screening of the films from both cohorts, an even more inspiring impact is expected from the international selections and screening.

(The links for the films will be provided once the trailers are ready and after the screening in October, the full films will also be uploaded within the content)